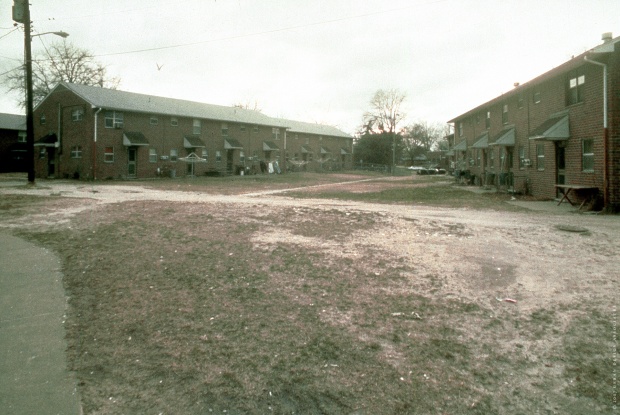 “All I know is that my life is better when I assume that people are doing their best. It keeps me out of judgment and lets me focus on what is, and not what should or could be.” – Brené Brown, quoting her husband in Rising Strong

Angela buckled her little girl, Anna, into a car seat in the back. The seat was just plastic–all padding was gone. Anna clutched a bag of chips. Her tiny face and hands were speckled with crumbs.

“Leave me alone! Get offa me!” She might have been two and didn’t like being buckled in. Her momma laughed.

A large, bottom-heavy man in a football jersey had escorted them to the car and kissed Angela goodbye. He must be the Clarence who ordered the ride. He waved as we pulled out of the neighborhood.

Okay, the hood is a more apt term. We were in Portsmouth. The worst part of P-town. I do most of my driving at night, but this was a morning run, and daylight revealed it all:  Nondescript, brick, rectangular apartments laid out in rows. Like dominoes. Buckling, weedy, concrete walkways. Trash shifting in the breeze. Exposed telephone wires and dripping, rusty air-conditioning units in the windows.

“She’s a cutey.” I said, thumbing at Anna, who stared at me like I was an alien creature.

“She mean though. You heard her.”

But Angela knew her kid was adorable. She smiled at the compliment.

“Do you like black people?” she asked me out of the blue.

“I don’t think that’s true. There are some idiots. But I think people are just afraid of what they don’t know. I’ve been driving an Uber for three months. I’ve had more than 800 rides and 99 percent of those were nice people. It doesn’t matter if they are black, white, Hispanic or Asian. I’ve driven them all. There are a few rude jerks, but they are just as likely to be white as black.”

She nodded and said she wasn’t trying to be rude. She said she was heading to Newport News to see her wife.

I took the chance and got a little nosy. “So, who’s Clarence?”

“Oh, he just wanna talk to me.” She laughed and took a sip of her drink. “It’s all a big, stupid mess. I just left my husband three months ago. He was beating me. And he didn’t want to work. I mean, he wanted to work, but he made sure he didn’t pay his bills…”

We were going over a bridge on a blue sky day. Anna, in the back seat, pointed excitedly out the window, “What is it, Momma? What is it?”

“It’s the water, Baby. She don’t know ‘cuz she don’t ever leave the house.”

“So, you left your husband because he was beating you and moved in with a girlfriend. Does he leave you alone now?”

“He don’t even care. You’d think after being married a year and a half that he would call or something.”

“Is Anna his child?”

“No. He don’t even like my children. He calls her an ugly, bald-headed child. And then my oldest daughter. She’s eleven. He call her a black ho.”

“Yeah, because she pretty and boys be looking at her. And when I got pregnant by him, the baby got stuck in my tube and when I went to the hospital for surgery he didn’t go with me. I was scared. I was crying. I never been under anesthesia before. He said he scared of hospitals. I said, ‘Shoot, I’m scared too!'”

We drove over the Monitor-Merrimack Bridge into Newport News. Sun shimmering on the waves. Sea birds hovering, diving.

“You know they have sharks in that bay. They call them dogfish.” She chuckled and held her palms about shoulder-length apart. “They about this big.”

“I didn’t know that. Dogfish is a kind of shark?”

“Yup. For a while I wanted to be a marine biologist. I’m scared of going underwater though. I’d like to scuba dive one day, but something could happen.”

She talked comfortably as we got closer to home. Took sips of her drink between sentences.

“Can I give you some advice?” I asked. “I’m a teacher, and I’ve seen studies that show that the most important thing parents can do to prepare their children for school is read to them.”

“That’s great. Keep doing that. Take her to the library.”

“Well, you don’t need a man. Not one like your husband. Hold out for a good one.”

As we turned into her neighborhood, she said, “This is the ghetto for real. Sorry about that.”

Her unit was even bleaker than the one we left in Portsmouth. Overflowing dumpsters sat plainly in the middle of the parking lot. An enormous flat-screen leaned against one bin. It was a 60-inch at least. What was a TV that big doing in this neighborhood? In the garbage?

I helped her with Anna and the car seat. I gave her a handful of the Jolly Ranchers I keep for riders. She thanked me.

All I had was Jolly Ranchers.

View all posts by DrivingUman

One thought on “Doing Her Best”