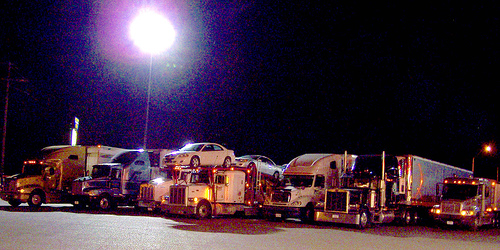 I am often asked if Uber driving is ever dangerous–if I ever get worried about creepy riders or driving in bad neighborhoods. After ten weeks of driving, I always answered, “No. I’ve never been nervous. People have been great.” After this week though, I have to change my answer. I’ve now been in one sketchy situation.

I got the ping to pick up Tom in Portsmouth. Despite its reputation, I’d had nothing but good experiences with riders in Portsmouth, so I didn’t think twice about accepting the ride. Plus, it looked like it was in the vicinity of Old Town, which has some cool spots.

As I neared the address, Tom texted me. “You’re picking up my girlfriend, Tina. Here’s her number. Call her when you arrive.”

No big deal. This kind of thing happens all the time. Someone pays for someone else’s ride. The number was helpful, since I would only be able to communicate with the paying customer otherwise.

The address took me beyond Old Town to a seedy motel. A real dump. The kind of place you end up in when all other options have failed. Tina kept me waiting a bit after I texted her to say I’d arrived and called her to find out what room number she was in.

At last she limped to the car and leaned in the open passenger-side window.

She took a last drag and flicked away the half-finished butt.

“What’s wrong with your foot?” I asked.

“I don’t know. I think I broke something. Hey, where are we going?”

Usually I ask the rider that question. But Tom had entered the destination, so I checked.

“Yeah. But don’t leave until that bitch over there leaves the parking lot. She wants my man and he’s still in the room. Drive around a little until she’s gone. I’ll kill her if she comes back here.”

We watched the car pull out. Tina seemed satisfied, so we headed for the highway to Suffolk. It was an awkward ride. Tina sat up front, but didn’t seem interested in small talk. I did my best. Eventually she asked if I liked Uber driving. I gave my stock answer.

“Because I get to talk to interesting people all the time.”

“I bet you hear some stories.”

“I sure do. It’s crazy how people open up to Uber drivers sometimes.” Then, light-heartedly, “Feel free to tell me your problems if you want. We’ve got time.”

“Ha. Yeah, we don’t have time for my problems. You’ve struck the mother lode.”

I didn’t doubt her. But she wasn’t interested in talking about herself.

“I’m not gonna get stuck out in Suffolk am I? Will I be able to get an Uber back?”

Well, probably. I don’t know. It is kind of in the middle of nowhere. You might have to wait for one.

“Will you just wait for me?”

“No more than fifteen minutes.”

“Well, I would, but I don’t get paid anything to wait, and fifteen…”

“I’ll give you twenty bucks.”

I’d wait fifteen minutes for twenty bucks, sure. Plus, I liked the idea of getting paid to take her back. Otherwise, I’d be making that twenty-mile run back for free. But why was she meeting Tom for only fifteen minutes? I was starting to think maybe he wasn’t really her boyfriend. I didn’t ask.

Huddle House is a truck stop. Tom is a trucker and his rig was parked way in the back. A graveled-over field where two dozen semis lay dark and quiet. Only Tom’s was running with his parking lights on. I stopped behind it. Tom descended from the cab and approached with a friendly wave.

“What’s your number, just in case?”

“You already have it. I called you earlier.”

She got out and they climbed into the cab together. I sat in the dark with the radio on, engine running. Keeping an eye out. Watching the clock. What would I do if fifteen minutes went by and I hadn’t heard from her?

But after about twelve minutes, she came limping back. No Tom.

“Let’s go. Can I please smoke a cigarette? Please?”

“If you keep it out the window.”

She had a wad of cash. She found a twenty, peeled it off and handed it to me.

I didn’t know what to say on the return trip. She spent the time texting in silence. At some point I said, “You okay? I was a little worried about you back there.”

I heard a metallic ping. She had pulled a switchblade out of her purse and flicked it open to show me.

She laughed and put it back in her purse.

Tina unbuckled before I even pulled into the parking lot. She was sure she was going to catch that bitch with her man. She practically bolted from the car, still limping, when it stopped.

“You take care of that foot!”