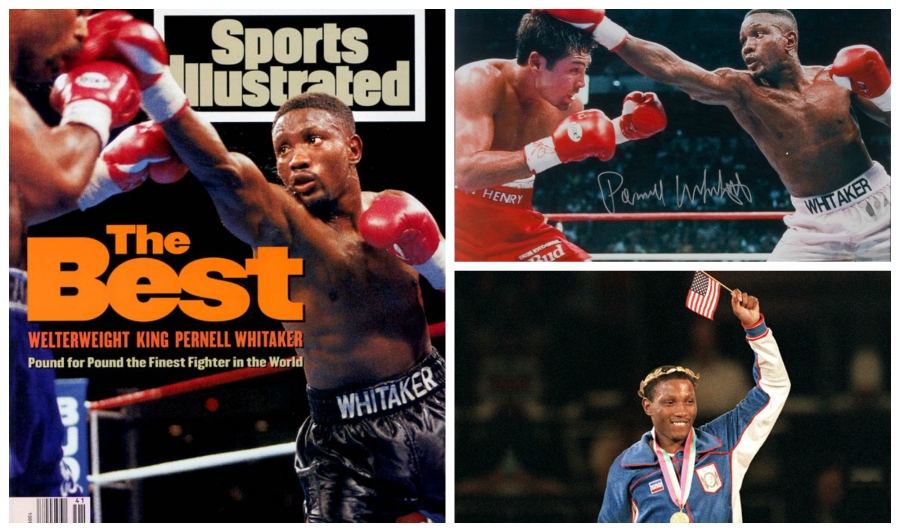 A passenger once asked me if I had ever driven any celebrities. I laughed a little. What celebrities hang out in Virginia Beach? And even if they did, why would they ride in an Uber?

Pernell is five-feet, six-inches tall (about my height). He’s fifty-two, with a pot belly, and a thick gold chain bedazzling his gray T-shirt and ragged blue jeans. He wore a baseball cap backwards and flashed one gold tooth when he smiled. He was thoroughly drunk and asked to finish his cigarette in the parking lot before heading from Croc’s on 19th Street to Kelly’s Tavern in Greenbrier.

If he and the buddy who paid for the Uber hadn’t told me, I’d have thought he was just another middle-aged black man over-indulging on a Thursday night. But this was Pernell Whitaker, decades past his prime, yes, but the one and only Sweet Pea.

If you are not a boxing aficianado, maybe that name doesn’t mean anything to you. But check this out:

I’ll never forget watching Sweet Pea fight Julio Cesar Chavez in 1993. Chavez was considered the world’s best fighter at the time, but Whitaker out-boxed him every round. Still, in what I considered the most clearly rigged fight I’d ever seen, the judges awarded a unanimous decision to Chavez. I stopped believing in professional boxing’s legitimacy after that fight.

In 1997, Sweet Pea fought the great Oscar de la Hoya and lost in another controversial decision.

Sweet Pea Whitaker grew up in Youngs Park, a housing project close to the Scope in Norfolk. Some years ago, the city named a street after him.

“And you know the best part of it?” He asked me when I mentioned Whitaker Street. “That street will be there long after I’m gone.”

Pernell was chatty and gregarious the whole ride. He was never particularly articulate, even in his heyday, but intoxicated as he was, it was difficult to decipher his slurred speech.

But he wouldn’t ask the question. He told me I’d have to wait until I got him to where he needed to go. He kept teasing me.

“I’m gonna ask you that question. And the answer has to be yes or no. Got it?”

“You keep your eyes on the road and get me where I gotta be, and then I’ll ask the question.”

Finally, we pulled into the parking lot at Kelly’s.

“Okay, what’s your question?” I said.

“You thought I forgot about the question.” He flashed me the gold tooth.

He chuckled a little and said, “Okay. Here it is. Yes or no. Have you ever seen anyone do it better then Sweet Pea Whitaker?”

“I said, yes or no. Weren’t you listening? I don’t need the sir. Just yes or no. Now, have you ever seen anyone do it better than Pernell Whitaker?”

He expressed surprise to learn that I was Caucasian when we stopped under a light at the bar. He had thought I was black the whole time. He gave me a hug before exiting the car and assured me that he loved me and that we were friends. He hiked up his saggy jeans and steadied himself before teetering into the bar, where he was counting on friends to buy two more before last call.